How much is Google domain worth?

In order to make Google better develop in China, Kai-Fu Lee, the then president of Google China, was persuaded by the domain name holder Chinese citizen Cai Wensheng to spend 20 million US dollars (12 million in one version, Google has not announced the specific price). 265.com and g.cn domain names.

The most expensive domain name

However, it is a pity that this domain name purchased with huge sums of money did not last long in China, and Google withdrew from China.

In 2014, in order to restart brand building, JD spent a huge sum of US$5 million to purchase Jd.com, a short two-letter short domain name. This Jingdong lays the foundation for further development, better introduces traffic into Jingdong, and establishes the Jingdong brand. According to JD.com, the domain name of Jd.com has helped JD.com save hundreds of millions of dollars in traffic promotion.

Before that, JD.com had been investing in domain name construction and buying JD-related domain names. Before Jd.com, JD.com had already spent tens of millions to purchase domain names including jingdong.com, jd.cn, 3.cn, etc.

In order to better promote the Xiaomi brand and accelerate internationalization and globalization, in April 2014, Xiaomi purchased the mi.com domain name at a price of 3.6 million US dollars. This became the most traded domain name in China in 2014.

In October 2013, the sale website Vipshop will purchase the vip.com domain name for US$2 million.

One of the most famous domain names of all time has a complicated history. This domain name has gone through a series of legal proceedings, and there is also a book about the domain name sex.com. It was sold by Escom in 2010 for $13 million, and it is also known as the “most expensive domain name in history.” Currently the domain name website is ranked 945 in the world by Alexa.

In March 2008, a company named Clek Media announced that an intermediary had dealt with Fund.com, and the company that acquired the domain name was Fund.com Inc. “Fund” means “fund, reserve, cash, fundraising” and other meanings, and the application value of domain name is huge. But in September last year, the domain name was sold again.

It is another website domain name that is not suitable for browsing during working hours. The global Alexa ranks 725. In 2007, when it was traded, it was still the domain with the largest transaction amount from RMB. In 2013, its related whois information has been changed, and it is uncertain whether there has been a transaction again.

Foreign media speculated that it was acquired by Tencent and is currently being used by the domestic P2P platform Renrendai to build an official website.

The domain name means “**”. It was acquired by Canadian billionaire Calvin Ayre in 2010 and has established relevant ** websites.

Initially, the domain name Toys.com was sold for 1.25 million during the bankruptcy filing process, and was later bought by ToysRUs, a US toy retailer, for $5.1 million. At present, the domain name has been set to automatically redirect to Toysrus.com, the official website of Toys R Us

In 2008, Zappos acquired the domain name for $4.9 million, which was later acquired by Amazon as part of the company’s assets. However, accessing the domain name will still redirect to the Zappos page.

With the advent of the mobile Internet, various apps and small programs have emerged, giving people the illusion that domain names are worthless, because domain names have become the same thing as ip addresses and are hidden.

However, this is really an illusion, domain names will always only appreciate, not depreciation. Why did Lei Jun and Luo Yonghao spend such a big price to buy domain names?

The web site will still be the mainstream of the Internet for a long time in the future, and the domain name is the face of the website;

A good domain name resource is like Bitcoin, which is very limited. There is one less to register, and the collection value is extremely high.

The Most Expensive Dress in The World 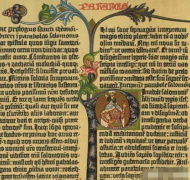 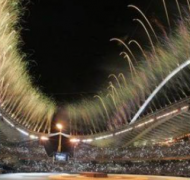