in china’s 5000-year civilization, porcelain has a history of more than 3000 years. from ancient times to the present, collectors have collected precious porcelain, leaving behind many stories and treasures. today, let’s take a look at the ten most expensive pieces of porcelain in the history of china’s collection!

The Most Expensive Porcelain In The World

xiao he moon under the pursuit of han xinmei bottle: short mouth, shoulder belly round, thin lower abdomen, flat bottom. the whole body is painted with green pattern decoration, shoulder painting and tangled peony pattern, the whole body shape is dignified, stable, the tire quality is white and dense, the green flower hair is green and rich. the decoration is pleasant and beautiful, painted with the symbol of “status honor, imperial spirit” baolian pattern, can be called the end of the yuan and early ming dynasty in the best work of blue porcelain. most expensive china brands

the vivid look of the characters painted in the bottle is particularly wonderful: xiao hezema’s anxiety when he ran wild, the uncertainty of the hanxin river, the expectation of the old man standing on his oars, were all shown in full. and the blank space is lined with pine, plum bamboo, mountain stone, it seems to fall into dislocation.

there are only three pieces of qinghua plum bottles in the world, one of which is in the nanjing museum of jiangsu province, which is the “treasure of the town hall” and one of which is still unaccounted for overseas.

in the autumn of 2010, a “qing qianlong pink-colored yuji qing’s remaining heart bottle” sold for 554 million yuan in london, rewriting the auction record of chinese art.

the buyer was identified by industry authorities as a collector from chinese mainland.

the object was sold at christie’s auction in london on july 12, 2005 for 14 million pounds, plus commissions of 15.688 million pounds, or about 230 million yuan, the highest auction of chinese art in the world at the time.

the can was shot by the world-renowned collector and british antique dealer eskenaz.

on april 8, 2014, mei yintang’s “important chinese porcelain and crafts” spring auction at sotheby’s in hong kong sold for hk$281.24 million (about rmb249 million), which was valued at hk$200 million to hk$300 million, according to media reports. blood red porcelain

the buyer was liu yiqian, founder and collector of shanghai long art museum.

the reason why this piece of qing qianlong pink “longevity lianyan” gourd bottle sold so high price, its own value is indispensable: when jingdezhen royal porcelain artisans adopted and familiar with qianlong’s early years of the creation of painting skills, a luxurious and complex decorative process – “rolling road jindi” is highly respected. this fine needle-like object in the glaze depicts the curly grass, anchovies and flowers to show the “golden land” effect of the process, in jingdezhen day by day perfect. this long-necked gourd bottle is the masterpiece of this period, the painted on the bottle is colorful, overlapping, delicate composition, detailed and colorful.german fine china brands

Why is porcelain so expensive?

That makes porcelain more durable and more water resistant than ceramics, UNESCO notes (and Home Depot seconds!) As for why porcelain is more expensive than regular china, it’s because making porcelain truly is an art form

on the evening of april 5, 2012, a 900-year-old “northern song dynasty kiln tianqing glazed sunflower wash” sold for hk$208 million (us$26.7 million), breaking the previous record of us$8.641 million set by sotheby’s in hong kong.

it is known that only 79 pieces of porcelain are in existence, of which only 7 are in private hands, and this record-breaking wash was commissioned by a japanese collector to sotheby’s.

it ended up being pocketed by an unidentified phone buyer.

this piece set a world record for the qing dynasty porcelain auction, is the qing qianlong imperial porcelain is very representative of the works. most expensive pottery marks

the bowl is painted with apricot blossoms in full bloom, spring breeze green willow, double swallows than wings fly. on the side there is qianlong imperial pen line inscription poem:”jade cut through flowers, neon with the return of the moon”, the bottom of the bowl has a blue model book “qianlong year system.” the bowl is beautiful in shape, warm white glaze, exquisite workmanship, is a masterpiece of qianlong tanning porcelain.

the porcelain was taken by zhang yongzhen in 2006.

this is a very controversial piece of porcelain, and many people still have doubts about it today. this is a magical porcelain, in the history of china’s porcelain, the generation is smaller. it was valued at just $800 before the auction, but after a chinese of hard work, it soared to $16,000,000, plus a commission of $18,002,500, or about $120 million, more than the 22,500 times the estimate for creating the wonders of chinese art in the western market.

why this piece of porcelain is so expensive, the most fundamental reason is that the porcelain age, originally sotheby’s auction company believes that this piece of porcelain may be imitation of the republic of china, so carefully marked “the republic of china”, even the name of the chinese are unknown:”drawing gold printing powder pot”, the status of this piece of porcelain reported that the bottle body and soles disconnected and bonded, the bottle mouth and ear gold part of some wear. because of this uncertain identification, his identity has become confusing. many experts believe that this powder bottle “has the shape, design has the degree”, in line with the characteristics of qianlong official kiln, beijing palace museum and taipei palace museum have similar official kiln works. as a result, there has been a situation of people fighting hard, so high price of republic of china porcelain is also called a joke in the auction market.

the purchaser is unknown. afterward, hong kong art collector and agent yan jianmin tweeted that the result was “really a joke of the century” and that ma weidu was “more powerful than all the top gossip of the stars”.

if there is only one word to describe this porcelain, it is “beautiful”. this item is the representative work of qianlong period, the whole picture layout is even, elegant and delicate, the colors are stacked on top of each other, rich and colorful. bottle belly painting theme pattern “flower stone icing chicken map” (golden chicken, also known as golden chicken, is one of the most beautiful species in the ferns, but also china’s unique precious varieties), meaning the icing on the cake. on the other side of the blank ink color inscription poem:”new branches contain light green, xiaoyu scattered light red”, two inscription poems and the picture complement each other. the introduction of zhu wen “jiali” printing, the end of the sentence white text “cui fu” printing, the bottom of the bottle inside the book two columns “qianlong year” four-word blue material color knowledge.

Is bone china better than porcelain?

All Meissen pieces are of very high quality and are expensive to collect, but these particular pieces and dinnerware patterns have a special place in the history of Meissen ceramics. The Elemental Ewers is a set of four decorated porcelain ewers which sold for nearly $50,000.

the gourd bottle, which means daji dali, is not only popular with the people, qianlong emperor is also the “wrist-class” playing master, as can be seen from the heirloom of the gourd bottle. the most dazzling piece of the “royal court” special session, which was first launched at the 15th anniversary celebration auction in beijing, is a bottle of green flower red dragon-printed gourd. this exquisite porcelain products are perfect, exquisite workmanship, with red painted dragon, eight treasure patterns, qianlong official kiln porcelain as an outstanding representative, especially rare in the market.

this product starting price of 12 million yuan, raised cards, the various collectors bid alternately lead, the price quickly climbed. when the price shouted to 57 million yuan, a backfield collector “kill out”, with the will to win the momentum, all the way to the first, after 500,000 yuan for the ladder of more than ten back to the mark-up, the price has exceeded 70 million yuan. after nearly half an hour, the collector finally won the treasure for 83.44 million yuan, the highest price ever paid at a domestic porcelain auction.

in recent years, chinese art works have gradually been recognized in the international market, of course, this is closely related to the widespread recognition of chinese culture, porcelain as the cultural core of the chinese millennium civilization, i believe that in the near future, will create a higher auction record.

What is the Best Porcelain in the world?

Limoges porcelain – the gold standard of porcelain – is one of the best and most popular exquisite porcelain in Europe. Bright white, delicate, transparent, but very strong. This kind of porcelain provides practicability and rich porcelain art, but it is only a mature technology in the later stage. It is unknown whether it has learned from the technology of ancient oriental countries in the early stage. However, from the long history, Chinese porcelain, one of the ancient oriental civilizations, has developed mature ceramic technology thousands of years ago, Moreover, it reached the peak of the world in the Tang and Song dynasties of China. In that ancient period, Europe already had craft ceramic products of the Tang Dynasty of China, and businessmen have also arrived here to trade. This may be the result of China’s ancient Silk Road. Therefore, it is inappropriate to say that the European porcelain standard is purely broken, because it has a deeper meaning! is porcelain valuable expensive porcelain brands . 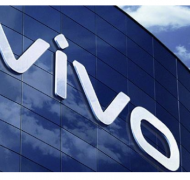 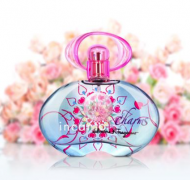 The most expensive perfume in the world 2021 – DIY

Which country sells electronic products at the most expensive price 2021 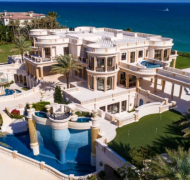